Blessed with a bit of spare time recently, I completed my most zany ever contraption: A Non-Arduino powered by the giant of computing history – Intel’s 8086 processor. 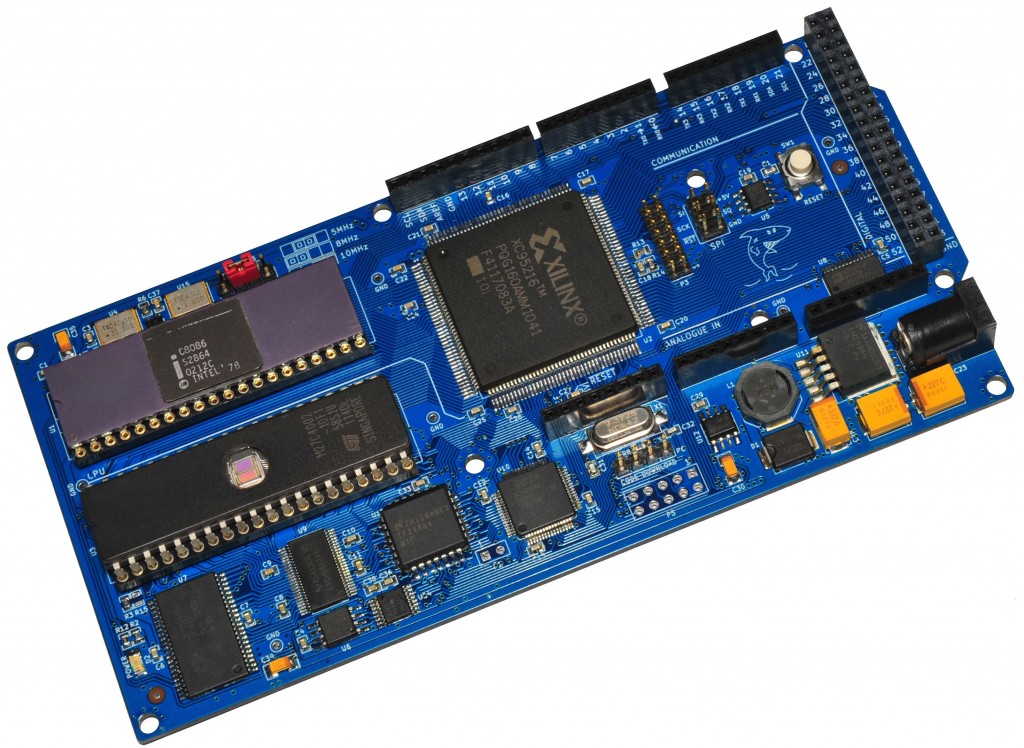 Back in the day, if you wanted to play with this stuff, you were likely reaching for a beast resembling the SDK-86. Code ran from EPROMs, was debugged by logic analyser and closest thing to stackexchange was a stack of technical manuals. These days, stuff like this is becoming increasingly rare, but to many, still interesting.

I’ve always thought it’d be cool to build a single board computer in the old style, specifically, one with a traditional local bus.

It’s a shame (but understandable) that these days, it’s tough to find a small microcontroller with an honest local bus. Many have one, but almost none actually need it. Just prior to this project, I built a board based on an 8031. It was cool, but not cool enough. The 8031 still is a very integrated device and doesn’t really need its bus for anything other than the ROM.

Hungry for more (and out of work at the time) – at the start of July 2014, I kicked off a second project: 8OD. Based on the Intel 8086. It quickly became apparent that this project was going to be on another scale. The resulting board is definitely guilty of looking very complicated, but really, it’s pretty basic. It’s just got most of the stuff which is normally jammed inside an SoC as real circuitry.

Am I selling these?

In response to considerable interest when I first published this project, I did consider it, but in the end decided not to offer them for sale. There’s just too many end of life / difficult to find parts on this board to manufacture it in saleable quantities. Even if I could reliably obtain the parts, it’d cost more than anyone would be willing to pay 😉

For anyone who’s really interested. Get in touch. In some cases I may consider making boards available depending on circumstances.

As it is not practical to mass produce these – I am willing to assist / provide all of the information needed to anyone interested in making one, provided that you understand that you are going to have to source some recycled components – namely: the XC95216 CPLD, and the TP3465V SPI master. Once again get in touch if interested.