There’s plenty of information about these floating around the internet – so this is not a review, but my first impressions. Let’s unbox and take a look at this 2380-120-60:

If you’re expecting something the usual quality of a Keithley instrument, say, a Source Meter – prepare to be disappointed.  In terms of external build quality – I actually found it slightly worse than another Chinese designed & manufactured instrument I own which cost one tenth of the money. 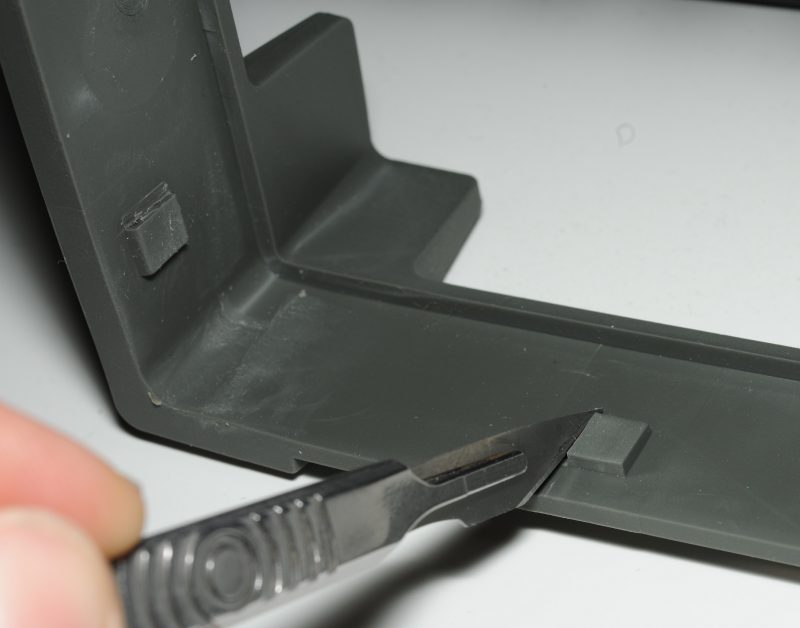 The first issue I noticed is that the tabs on the rear bumper don’t line up with the holes in the metalwork. I’m sure they did in the CAD drawing but unfortunately due to sloppy molding the only way I could get the rear bumper to stay attached is by cutting them down to size a little. Not the kind of thing one expects when purchasing an instrument from a Tier 1 vendor.

Anyway – let’s have a look inside: 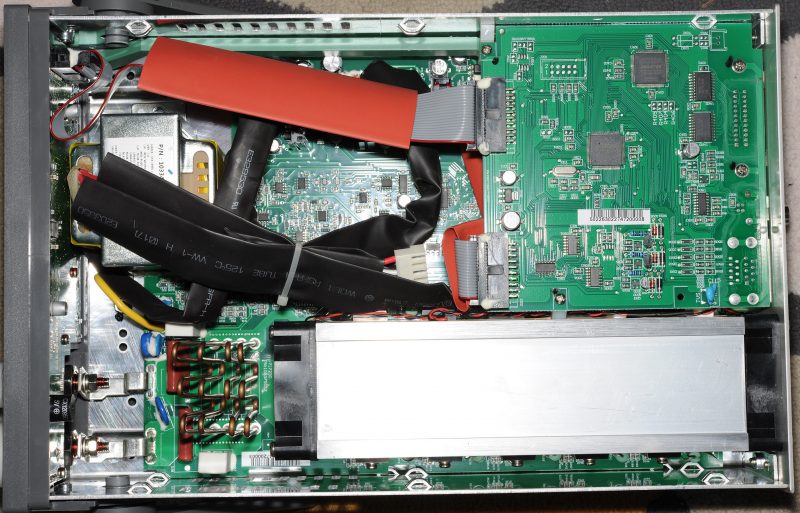 The cover isn’t very well formed either – The position of the bends wrapping down to the underside mean it has an extremely tight fit on the inner chassis, suffice to say I had quite a job getting it off. Eventually after a bit of bashing and brute force it succumbed. On my aforementioned £200 Chinese cheapie, that cover glided straight off!

Immediately we can see what the deal is here. That top PCB is 100% identical to the one found in the BK Precision 8601 which its self is designed by ITECH. I’m not going to go to the trouble of dismantling it but from what I can see that bottom PCB is looking pretty damn similar to the 8601 too.

Don’t believe me? Take a look at this:

So… this probably isn’t a Keithley instrument, but some kind of re-branded deal.

A little disappointing – but not a surprise. Given the relentless pressure of Chinese competition on these instruments, I guess western players need to cut every possible cost, and it appears that in this case, the design of the instrument has been outsourced entirely.

There is some good news – some of the gripes in this video i.e. grinding part numbers off chips, and not-particularly-well insulated mains cables – all fixed in this unit.

The uncomfortable feeling I now have – is that this is not a serviceable unit i.e. we can’t buy parts from Keithley like we can for their other products. This is a problem we often get with re-branded products – the marketer cannot provide parts because they don’t manage the life-cycle of the product.

If anyone has gone to the trouble of inquiring with Keithley on this matter I would certainly like to hear from you.

There certainly doesn’t seem to be a downloadable service manual on the Tektronix website.

The good news is perhaps – if parts aren’t obtainable from Keithley, we may be able to get them through the BK Precision / ITECH route instead.

It appears that only the keypad and outer chassis (that’s “shazzy” – if you’re from Australia) differ from the 8601. VFD appears to be identical, and I suspect it’s even running the same firmware too – it does report the same startup message “BIOS Ver1.10” seen on the 8601.

Despite being less than impressed with the physical build – the specification is of course significantly better than my existing £200 unit (which barely has any written specifications at all).

Given the identical spec to the BK Precision 8601 (understandable given it has the same internals) – I’m not quite sure where the value is for that extra £450 asking price.

If I’ve misunderstood anything here – please correct me.