As high powered as you want

For a number of years now I’ve had a couple of high powered switching power supply units made by Power-One. They’re typically found in I.T. equipment and provide a single output rail of either 12 V or 48 V with a very high current rating.

While they’re very flexible and provide a tremendous amount of current – they’re not so straight forward to hook up to other things. 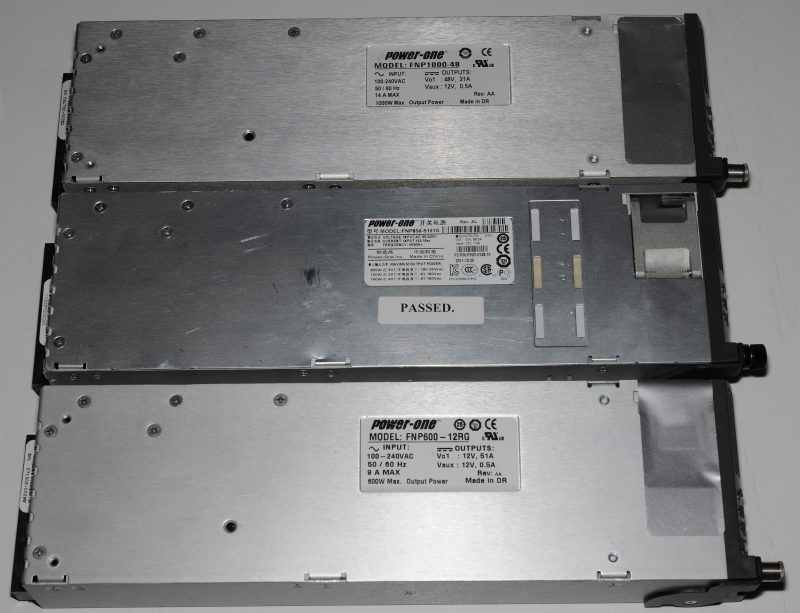 In this series there are 3 main models: 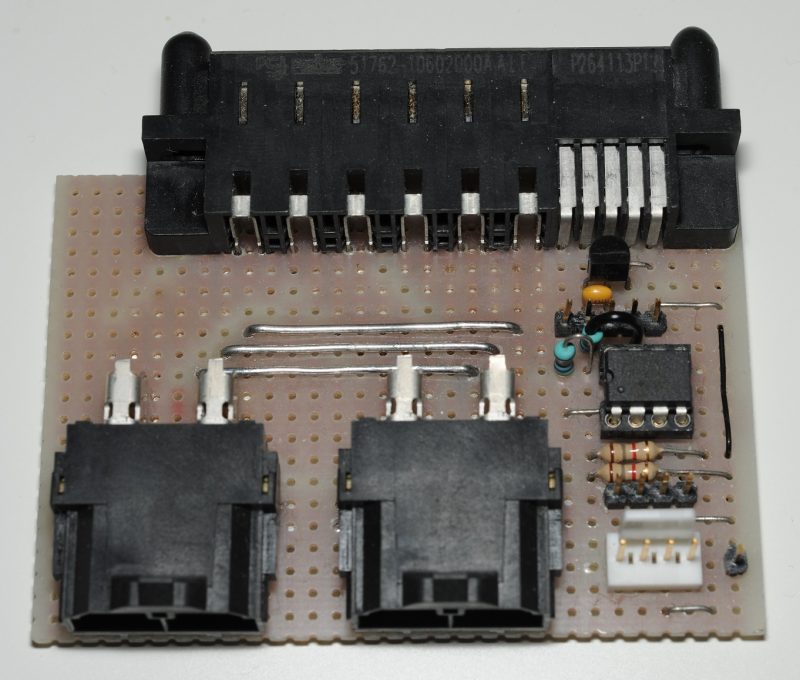 Some time ago I built the above adapter board, which has a small PIC microcontroller allowing me to change the voltage, and also adapt that obscure FCI PwrBlade connector to something easier to deal with – in this case Molex Minit-Fit Sr.

Recently I was prowling eBay looking for the FNP850 model (which I didn’t originally possess) – and, I find that there’s craploads of them for sale, very cheaply. I picked up a couple of FNP850’s for £15 each free shipping – quite a deal when these originally sold for about 30 times that!

The model which is most plentiful is the FNP850-S151G (12 V 69.5 A) which appears to be a customised version of the original FNP850-12RG (12 V 73 A). The only differences the S151G has from the original 12RG model is the S151G has some extra grounding contacts built into the chassis, it’s been de-rated a little and does not have variable fan speed – it’s at 100% all the time annoyingly.

My discovery that these things are so cheap and plentiful has become the basis of this project – essentially I’ve cleaned up my original implementation for the PIC microcontroller, ported it to AVR – because nobody likes expensive compilers, and released it on Github. I’ve also designed a proper PCB for it.

The board is an all through-hole design the same width of the power supply units. I’ve added an 8×2 LCD which shows the current either configured or measured output voltage, and the output current (the sum between all units when multiple are connected).

The board can be built either as a master or as a slave.

The output connector on my boards is a 4 position Mini-Fit Sr connector however if this is not suitable there is also a couple of 5mm holes under that connector which could be used to bolt cables directly onto the PCB.

The master board has everything fitted – LCD, microcontroller, RS-232 port. 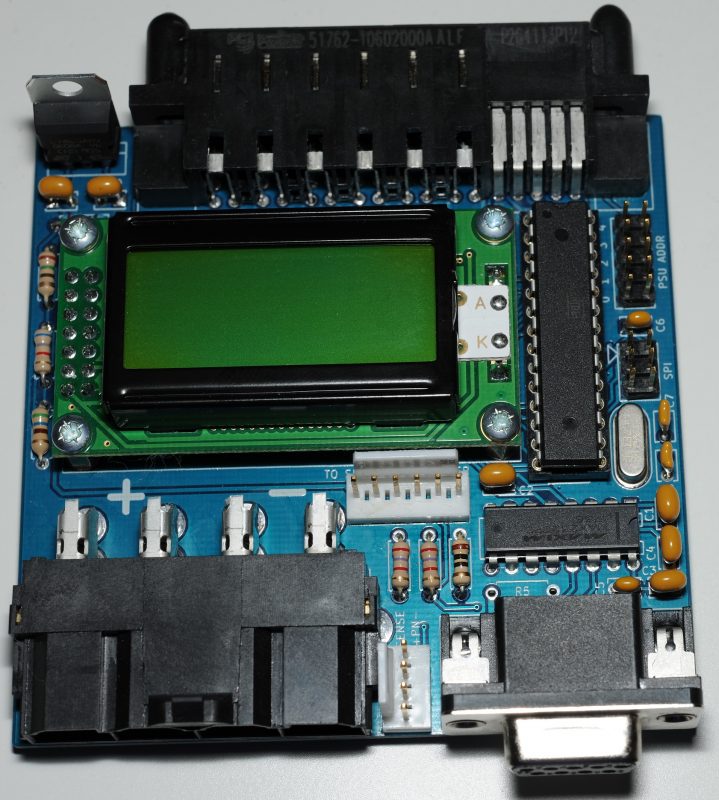 A slave board has only the connector which mates with the PSU, the jumpers for setting the I2C address, the remote sense header and the header for connection to the master, which has all the needed signals. 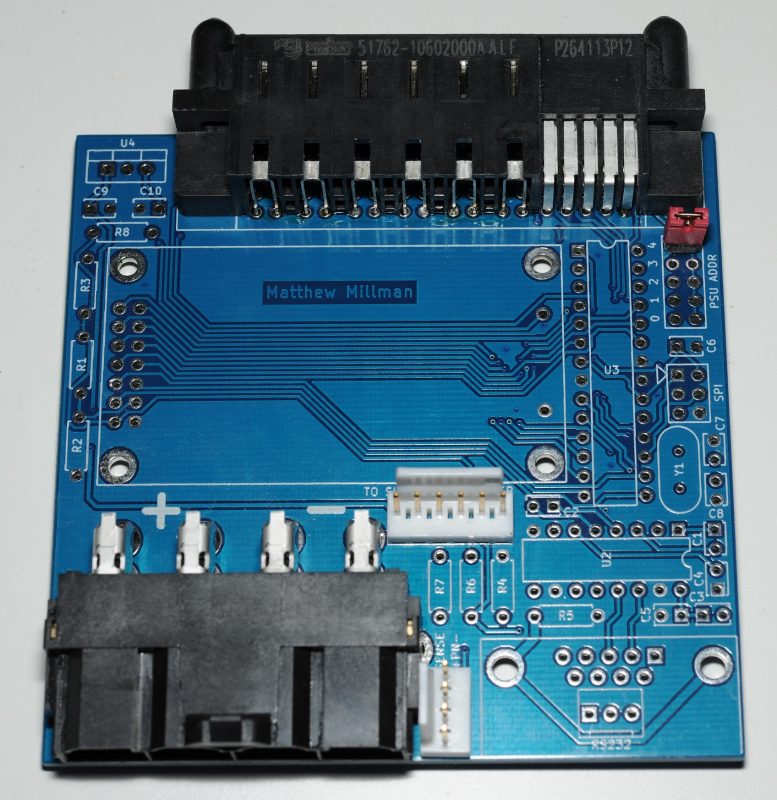 A slave board could also be used for a “Dumb” output board, or for connection to a different microcontroller.

These power supplies have an active current sharing mechanism which is one of the signals on the connector between the master and slave boards. The characteristics of this mechanism is generally what limits the number of supplies which can be used in parallel.

If you need more than 70A – you can connect quite a few of these in parallel. I don’t know what the exact limit is but Power-One make a chassis which can take up to 5 of these, so you’ll get at least that many.

With 5 in parallel we’d have 350 A (4.25 kW) to play with – not something you’re going to be plugging into a regular socket outlet!

For my test I’ll be running two units in parallel – giving us about 140 A @ 12V. Consuming this much current at such a low voltage is actually not so straight forward. 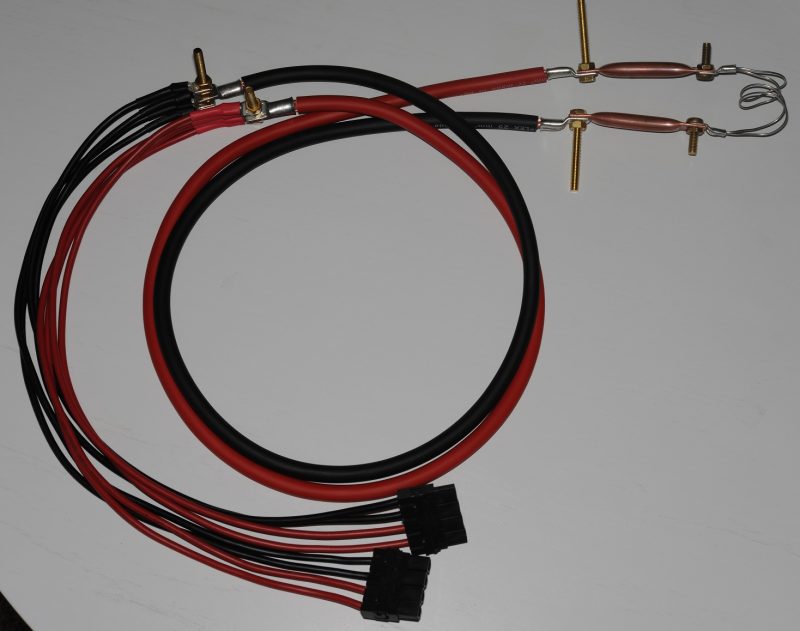 My test load is simple: Some big cables with some large Nichrome wire on the end of it.

The test load measures about 0.082 ohm which will get us just a little over the full 140 A load @ 12V – I’m not a patient man – so I just keep cutting down the Nichrome wire till I got this measurement.

When we also consider that this’ll change under load, and that we’ve got more resistance on the feed cables it’s quite tough to get it spot on at build time. 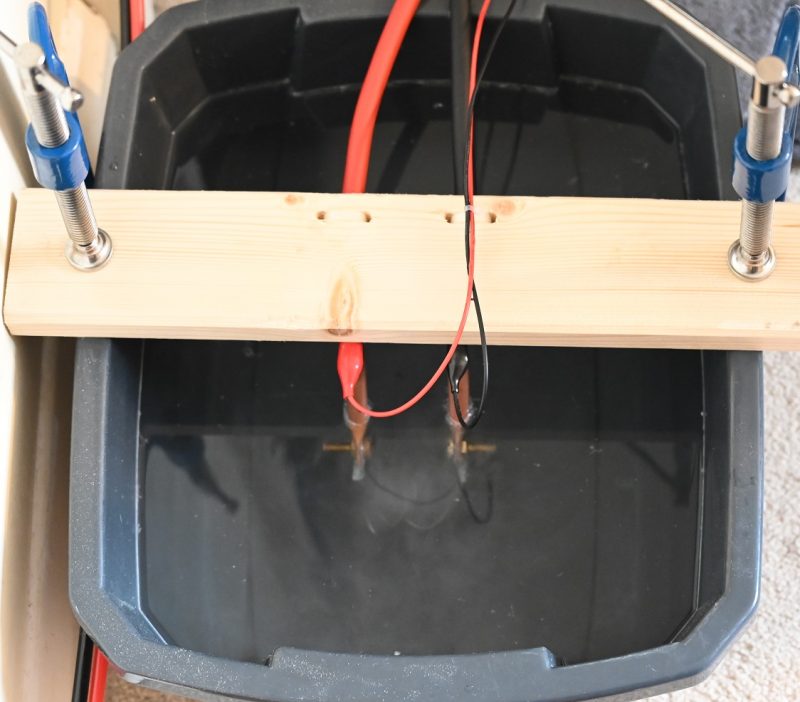 And of course that Nichrome wire has to be submerged under plenty of water otherwise it’d disappear in a flash – potentially causing me personal injury.

In this test I took the time to connect the sense wires otherwise we wouldn’t get to full power due to loss in the cable. I was able to boil that basin of water in about 10 minutes. 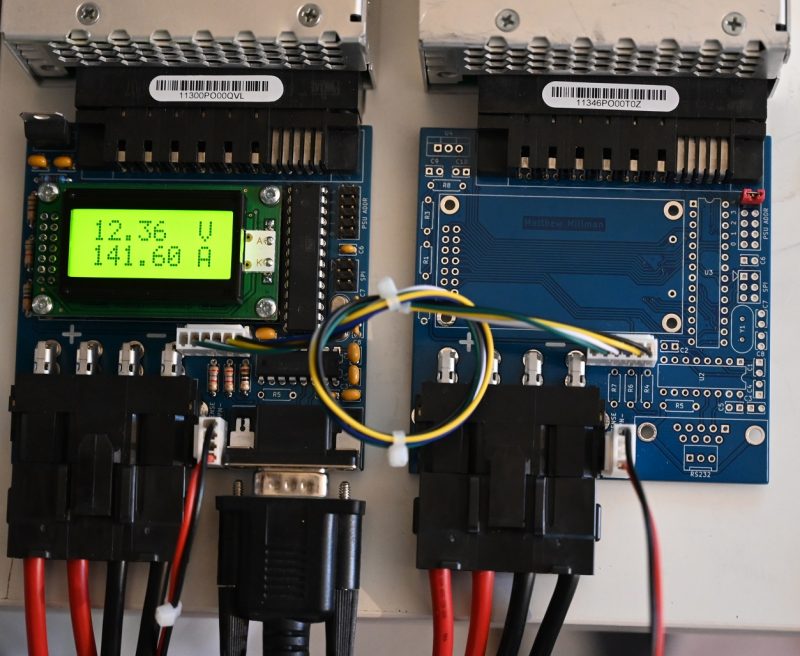 And there we have it. Full power – two supplies in parallel! In the end I had to tweak the output voltage until I got roughly 140 A into my test load. 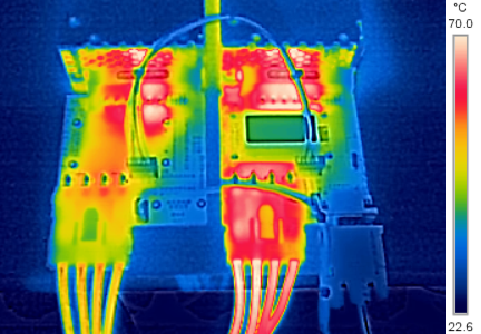 Thermal camera images of the test setup at full power reveal things getting uncomfortably hot. If you are going to be running this rig at full power long term pay particular attention to the thermals. In my case I found I had to extend some cowling from the power supplies over these PCBs to leverage the fans in the power supply – avoiding a meltdown.

The RS-232 port will present a command line interface at 9600 baud which is usable at all times during operation.

Here is the output of the help command:

There are of course a few limitations with this setup, which you should consider before attempting to build it!

Source code for the AVR

Can be found on GitHub here.