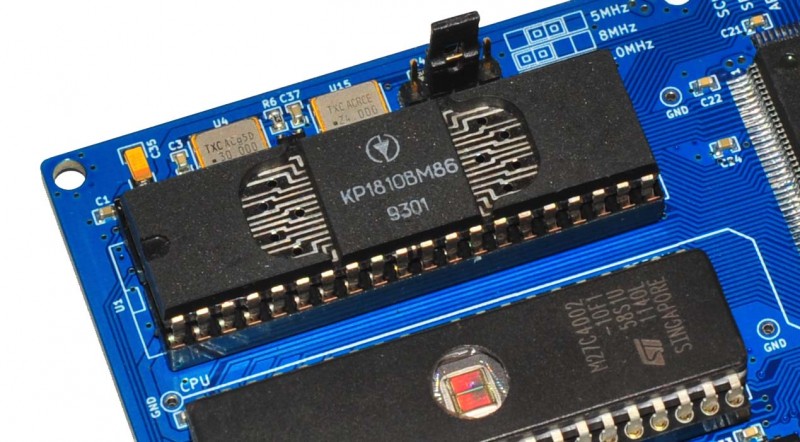 I first saw one of these at a Soviet technology museum a number of years ago and was fascinated. I had no idea that the USSR had developed the means to produce fairly complex microprocessors. Needless to say, I had to own one.

I had read a number times around the internets that it is electrically and binary compatible with the first 5MHz Intel parts, but is this completely true? Now I can personally find out with ease. One of the first things I had noticed, even before I bought one, is that it appears a little smaller than the genuine article, but it appeared that this was just the plastic casing. Turns out I was wrong. 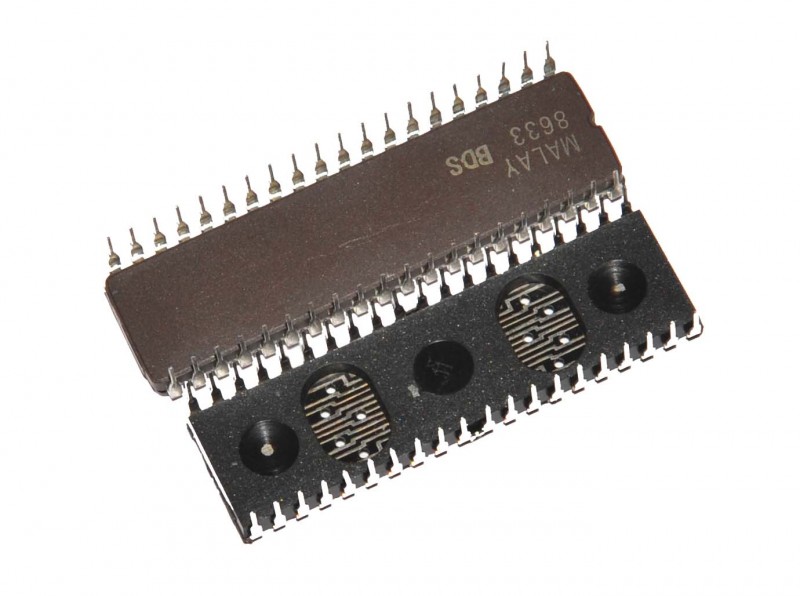 But it turns out, there is a simple solution:

A cheap “wipe” IC socket, which has a little lengthwise slide room.

One certainly has to be careful with these chips, as those cuts in the packaging make them fragile, like a KitKat bar. Which brings me to the next thing I wondered, why the bizarre packaging?

There’s plenty of conjecture around various forums as to the reason for this style i.e. to make it look cool or to save plastic, but I don’t think any of this is likely. The chip on the left eliminates both of those theories.

Both of these appear to have been injection moulded at two points from the underside, which would likely mean that it’d be necessary to have a couple of ridges in the top of the mould to stop the traces from being torn from the die, or even the whole lot from squashed up into the top of the mould. In the case of the one of the right, a larger area restraining the traces likely means an even more stable moulding process.

If all of this is true, the strange appearance is more a result of a crude packaging process than any other more interesting explanation.

But anyway. The more important question: Do these actually work?

Yep. All three samples I have work perfectly, but like pretty much any 8086 I’ve tried, don’t overclock much more than a single megahertz. Interestingly they do run quite a lot cooler than the original NMOS 8086.

In conclusion: There some something supremely satisfying about writing code to execute on a communist processor.